Egypt is one of Africa’s largest industrialized countries, with a complex production both for a domestic market and for export. Especially after the revolution in 1952, industrial travel has been an important part of national development policy, and increased energy production has helped to establish heavier industry. After the revolution in 2011, industrialization has again been prioritized in the economic plans, with the design of new industrial zones.

Under British rule, industrial production was not promoted; Egypt was primarily to produce raw materials (cotton) for British industry. As a result of World War II, imports of finished goods were reduced, which spurred domestic production. Industrialization then increased after the war; first on a smaller scale, then with the development of heavier industry. A significant part of the development took place in the 1960s, including as part of a trade and aid agreement with the Soviet Union. This collaboration, for example, contributed to the establishment of the iron and steel plant in Hulwan. Traditionally, the state has had a dominant role in the country’s industry, but in recent years partial privatization has taken place. About two-thirds of all industry is concentrated in and around Cairo and Alexandria; the rest is essentially in the Nile Delta and the Suez Canal. A large part of the industry is linked to the processing of agricultural products; food and cotton. Egypt is one of the world’s leading cotton producers, and the country has built up a significant textile industry, producing for both local markets and for export. The largest textile centers are al-Mahalla al-Kubra and Kafr ad-Dawwar in the Nile Delta. Other important industries are based in agricultural or mining commodities. Egypt manufactures a variety of consumer goods, and has the motor industry and weapons production. At Nag Hammadi in the Nile Valley there is an aluminum plant, based on power from the Aswan Dam. The petrochemical industry has grown in importance, and includes large plants in Alexandria, Cairo and Suez. Egypt also has extensive cement production. 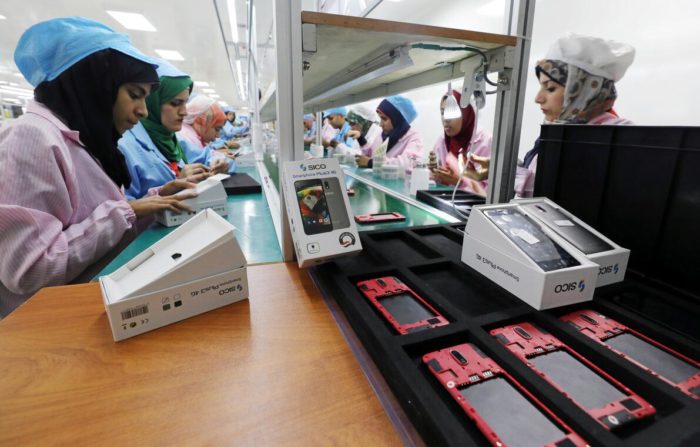 SICO is Egypt’s first smartphone manufacturer, and in its launch year 2018, the company produced half a million phones aimed at the domestic market, the rest of the Middle East and Africa. The company is owned by both private Egyptian investors and the Egyptian state, in an effort to build a high-tech industry in the country that otherwise has little of it.

Egypt has developed an open economy, with extensive foreign trade. The country exports a variety of goods, both from agriculture (especially cotton and vegetables) and minerals (oil and gas), but is dependent on imports of both commodities and capital goods, as well as food. Petroleum products account for about half of exports, measured in value.

The Nile Valley and Delta area have a well-developed transport network. Egypt has a complex railway network of about 5,000 kilometers, which reaches Aswan in the south and Libya in the west. The first railway line was completed in 1855, linking Cairo and Alexandria. The road network connects all the major cities. Cairo is served by a metro. The state airline Egypt Air flies both domestically and internationally, and Cairo has developed into a hub for aviation in Africa. The main international airports are Cairo’s two international airports (Heliopolis and Nuzhah) and Alexandria.

Along the coast of the Mediterranean, Egypt has nine ports, of which Alexandria is the largest and most important. Most of the country’s foreign trade goes over this port. The Nile is also an important transport artery, and is navigable north of Aswan. It is extensively used for freight and tourism. The Suez Canal has played a very important role in the country’s economic and political history. The canal was closed between 1967 and 1975; after that time, it has never regained its former importance for international shipping, although it has invested in upgrades.

The Egyptian tourism industry is a cornerstone of the country’s economy, but is vulnerable to changes in the security situation, both within Egypt and the region. At times, militant Islamists have deliberately attacked tourist destinations, including the Red Sea, to hit the industry, and thus the state’s reputation as well as revenue. The unrest during the uprising in 2011-2012 also contributed to uncertainty which led to a decline in the tourist visit. 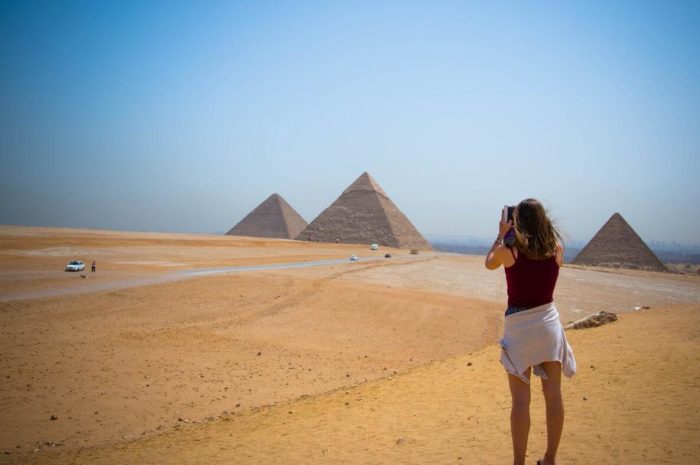 Tourism is a cornerstone of Egypt’s economy, but after reaching a peak of 15 million tourists in 2010, this figure dropped sharply after the revolution the following year. Year by year, the number of visitors has started to pick up again, but there is a long way to go until the peak year: In 2018, eight million foreign tourists visited Egypt.

The economic importance of tourism peaked in 2010, the year before the revolution. Then Egypt welcomed close to 15 million tourists, and the sector contributed over a tenth of GNI, while employing about 12 percent of the working population. In 2011, visitor numbers dropped to just over two million, approaching eight million in 2018.