Passport: is generally required for travel to Chad (with the exception of some African countries), the passport must be valid for at least one month longer than the expiry date of the visa.

Visa: is generally required, with the exception of some African countries.

For stays outside of N’Djamena, permits (authorization de circuler) from the Ministry of the Interior are required for all prefectures. These can be requested when entering the airport, but they are not always issued.

The travel permit must be applied for by land when entering the country along with the visa at the Chadian embassy and is issued by the Ministry of Interior of Chad on a proposal from the Ministry of Tourism.

There are hardly any border controls at the borders between Chad and Libya and between Niger and Chad. Tourists arriving from there with their own vehicle should therefore go to the nearest prefecture or sub-prefecture as soon as possible, since problems with illegal entry can arise if the journey continues without an official entry stamp.

Documents: Tourist Visa: passport that must be valid for at least 6 months – 2 passport photos – 2 application forms – return tickets or a travel agency certificate confirming the purchase of the tickets – proof of accommodation (e.g. hotel booking or an invitation).

Business Visa: in addition a letter from the company on the purpose and duration of the trip and a cost over certificate and an invitation from the business partner in Chad (this must be stamped by the competent authority in Chad)
The postal application should have a stamped and self-addressed envelope and the receipt for the fees be enclosed.

Processing time: 3 to 5 days plus postage

Obligation to notify: When entering via N’Djamena Airport, it is important to make sure that the passport authorities stamp a request in the passport to register with the responsible commissariat. This instruction must be followed within 24 hours.

Germany: Children need their own passport to enter Chad (children’s passport or electronic passport).
Austria: own passport for children.

Currency exchange: The easiest way to exchange cash in euros and US dollars is in CFA, with the US dollar achieving somewhat less favorable rates.

ATMs: currently none in Chad, but there are plans to operate ATMs in N’Djamena and other major cities. These are supposed to accept Visa cards.

You can currently get cash using credit cards at the counter at N’Djamena’s main bank (fee $ 20).

Travelers checks: can be exchanged in Chad, preferably in N’Djamena. They should be issued in euros in US dollars.

Medical care in Chad is poor. Inland, but also in the provincial capitals, the supply of medicines is very limited. Evacuation to Europe is urgently recommended for serious illnesses. It is therefore absolutely necessary to take out foreign health insurance, including return insurance, as well as your own travel pharmacy. Sufficiently trained, English or French speaking doctors are often missing.

HIV / AIDS is a problem in Chad and represents a real danger for everyone who runs the risk of infection: Sexual contact, dirty syringes or cannulas and blood transfusions can pose a great risk.

Diarrhea, hepatitis A and worm diseases are common infections. Many infectious diseases and sometimes dangerous diarrhea can be avoided by hygienic eating and drinking (only boiled, nothing warm) and continuous mosquito repellent (repellents, mosquito net, covering clothing, behavior). This also includes malaria.

In Chad there is a risk of malaria nationwide (also in the cities) and all year round. 85% of malaria is caused by malaria tropica pathogens, the rest by malaria tertiana. The most important measure to prevent malaria is to protect against mosquito bites through appropriate clothing, use of mosquito repellent skin agents, possibly mosquito nets or the like. There are various prescription drugs such as Malarone®, Doxycyclin, or Lariam® available for drug prophylaxis. Discuss the necessity, selection, individual dosage, possible side effects and possible incompatibilities with other medications before starting the trip with a tropical or travel doctor.

In many areas of Chad increased prevails cholera -Risk, (especially in the districts of N’djamena, Massakory, Bol and Bongo). Cholera particularly affects malnourished and pre-ill people with inadequate medical care and an already weakened physical defense system. The risk of infection for tourists can therefore be classified as very low. Nevertheless, careful food and drinking water hygiene is recommended.

Especially in the southern part of the country schistosomiasis pathogens occur in fresh water. Swimming should be avoided here.

Travel around the country

The Federal Foreign Office strongly advises against traveling to the border region with Sudan.

In Chad, there is still a risk of becoming a victim of violent crime (e.g. roadblocks). Aggression must be expected in the case of accidents with personal injury. The supply of fuel is not available everywhere.

The state of emergency imposed on large regions of the country on November 13, 2006 due to internal unrest has been ineffective since May 26, 2007. A renewed flare-up of violent conflicts must still be expected, at least locally.

The Federal Foreign Office points out that the German embassy in N’Djamena can only provide very limited help due to the poor infrastructure (missing or bad roads and slopes, few telephone connections) and the large distances in the country. In an emergency, travelers should contact the nearest Chad or French military station, only these have reasonably functional communication options.

The German embassy N’Djamena has only a limited area of ​​responsibility, it has no legal and consular duties and does not issue visas but only provides emergency aid.

Airplane: Domestic flights are operated by Toumai Air Tchad (connections between N’Djaména to Moundou, Sarh and Abéché) and some private companies.

Cars: The road network in Chad is in poor condition. An off-road vehicle is indispensable outside of N’Djamena, in the rainy season many connections are difficult or impossible to drive on. An authorization de circuler (travel authorization) is theoretically only necessary for trips to the north and east of the country, but it is always helpful to be able to show an official document at roadblocks. If you arrive by land, this travel authorization must be applied for together with the visa at the Chad embassy. A local guide must be taken for tours in the northeast (Ennedi). The most common means of transportation in the country are minibuses, pickups and off-road vehicles(Land cruisers, these are also the fastest means of transportation). There are no timetables, departure is when all seats are occupied.

Documents: A carnet de passage is mandatory when entering your own vehicle (but is not always checked) and an international driver’s license. Liability insurance must be taken out in the first major city.

City traffic: Shared taxis and minibuses drive in N’Djamena as well as major cities in the country, and in the capital you can also rent off-road vehicles (with driver). 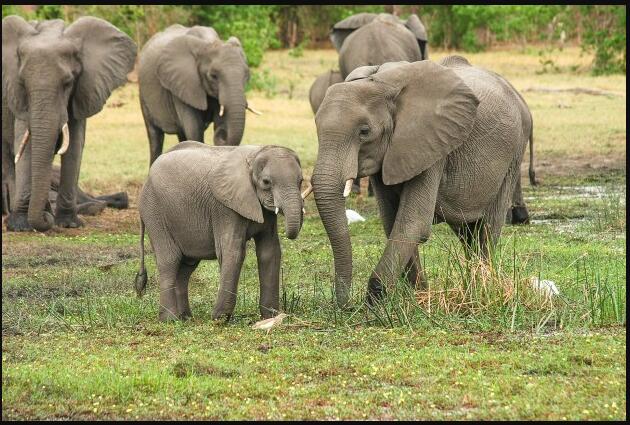 The capital N’Djamena does not offer much besides the Musée National Tchadien, which presents an interesting exhibition with finds from the Sar culture from the 9th century.

The pottery village of Gaoui is located 10 km east of N’Djamena. The village is known for its colorful houses and huts, and there is also a museum about the culture of the Sar.

The Lake Chad in the past was one of the largest lakes in the world. At present, however, its area is shrinking more and more, in the great Sahel drought in 1984 it even dried out completely for a short time.

The place Bol is (still) right on the shore of the lake. In the region tons of different bird species live, with luck one can also see hippos. The best time to go out on the lake with a boat and guide is between November and February.

Chad’s biggest attraction is arguably the highest mountain range in the Sahara: the Tibesti, a rugged volcanic landscape. At the summit of Emi Koussi, a height of 3,415 m is reached. The sandstone formations that winds have shaped over millennia often seem very surreal. Trade winds have formed rock towers and gates into the sandstone layers. But this great mountain range will not become a tourist destination in the near future. Although there is more rainfall in Tibesti than in the surrounding desert, few people can survive here. The biggest hurdle, however, are the mine fields in the Tibesti region on the Libyan border, which have not been mapped.

The Ennedi massif further east is as fascinating as the Tibesti but a little more accessible. Just like in Tibesti, you can discover rock paintings, desert lakes and bizarre rock formations.

Zakouma National Park is located 800 km southeast of N’Djamena. There was a lot of poaching here in the course of the civil war, but after the government of Chad, together with the European Union, made wildlife here again in 1989, the park is again one of the best places for safaris in Central Africa. The animals that live here include elephants, wildebeests, giraffes, lions, numerous antelope, monkey and bird species. In the dry season, especially in March and April, most animals gather around the water holes and are easy to observe. It is not possible to visit the park in the rainy season from June to October.