Freedom of the press in Chad (123rd out of 180 countries in 2020, 121st in 2017, 103rd in 2011/12!) Has remained poor in recent years. After a temporary opening up to the beginning of 2000, journalists have since then been exposed to ever increasing levels of reprisals, which have often led to strikes by representatives of private media in Chad. Radio stations are closed even with the smallest critical comments, reporters threatened and arbitrary arrests are the order of the day in 2018.

The radio is the most widespread medium – and primarily under state control. The private broadcasters are subject to strict checks by the authorities.

The radio serves as an important source of information and news transmission and offers an exchange opportunity, especially in the country through the many small regional broadcasters. The state radio RNT (4905 kHz) broadcasts mainly in French, Arabic and Sara, but also in other national languages. In this way, all social events such as obituaries, school leaving certificates, professional promotions, festive events etc. are announced. At village and city level, this task is still carried out by griots (or crieurs publique).

In addition to the international stations such as RFI, Africa No.1, there are other independent stations such as Radio FM Liberté, which was founded by several Chadian human rights groups and, like Radio Brakoss, has repeatedly been subjected to state attacks and closings.

In addition to the state news agency ATP and the government-affiliated daily Le Progrès, there are also some independent or opposition newspapers, which mostly appear with a circulation of around 3,000 copies per week. One of the most important is N’Djaména Bi-Hebdo under the leadership of Jean-Claude Nekim, which was founded by the opposition politician Saleh Kebzabo and was not allowed to appear for months at times. Other newspapers are Le Temps and L´Observateur. There are around 30 print media in total, including some target group-specific such as La voix du paysan.

The arrest of journalists from Le Temps and L´Observateur in June 2005 and the expulsion of a journalist from La Voix in October 2009 sparked international protests. As the conflicts escalate, the press and other media are also struggling with increased restrictions. Critical journalists must therefore expect reprisals and persecution, as for example the arrest and conviction of the director of the opposition weekly N’Djaména Bi-Hebdo Jean-Claude Nekim in September 2012 or the aggression in February 2018 against Djimet Wiché from Alwihda Info made clear.

There is only one state program from Télé-Tchad, which broadcasts in French and Arabic from the afternoon. The private broadcaster ElectronTV was added in 2014. The lack of infrastructure and low purchasing power prevent television from becoming more widespread.

However, there are many video bars where films (a lot of Bollywood), but also sports (especially soccer) and the news can be watched.

According to computergees, over half of the population (approx. 53%) are Muslims, approx. 34% are Christians, of which 28% are Catholics and Protestants make up 48%, among them supporters of independent, evangelical and Pentecostal religious communities. There are also numerous followers of traditional African religions, especially in the south (around 14%). Religion determines and characterizes people’s social life. This applies to Islam as well as to Catholic and Protestant Christianity and to traditional African religions . The two monotheistic religions are not perceived as monolithic blocks, but also have syncretistic elements.

The majority of Muslims in Chad follow the Sunni school of law, with a Maliki orientation. In earlier history, mystical brotherhoods, especially in the east and north of the country, played a major role. The Tijaniya Brotherhood, whose teaching also includes elements of local African religion, is still of great importance in Chad today. Also the diya (blood money)is still used in the Muslim societies in Chad to resolve conflicts in disputes resulting in death, accidents or bodily harm.

At present, the influences of Islam are becoming increasingly visible, including through the support of Saudi Arabia, Libya and Sudan in the Christian south of the country. Arabic as a lingua franca is gaining in importance there.

Chad has been a member of the Organization of the Islamic Cooperation (OIC) since 1969.

The largest Christian community is the Catholic Church with eight dioceses, the largest Protestant church is the Eglise Evangélique du Tchad (EET), which has its regional focus in the south of the country. The Eglise Fraternelle Luthérienne du Tchad (EFLT), the Assemblées Chrétiennes au Tchad (ACT), the Eglise Adventiste du Tchad and the Eglise Baptiste du Tchad are also worth mentioning.

The constitution of Chad guarantees the right to religious freedom. In the Religious Freedom Reportof the US Department of State from 2017, Chad’s compliance with this right is currently confirmed in principle, even if some religious practices and organizations have been banned. In addition, the preference given to Muslims over other religious communities is objected to. Fundamentalist currents are attributed to around 5-10% of Muslims, including Wahabism and Salafism.

On June 29, 2008, there were serious clashes between security forces and supporters of the militant religious leader Sheikh Ahmet Ismael Bichara in Kuono, in which 72 people were killed.

The violence of the Islamist terrorist militia Boko Haram, which is responsible for dozens of deaths and hundreds of injuries through suicide attacks and other acts of terrorism, is increasingly threatening the largely peaceful coexistence of the various religions. At the end of January 2018, for example, a center for deradicalization opened in N’Djaména. 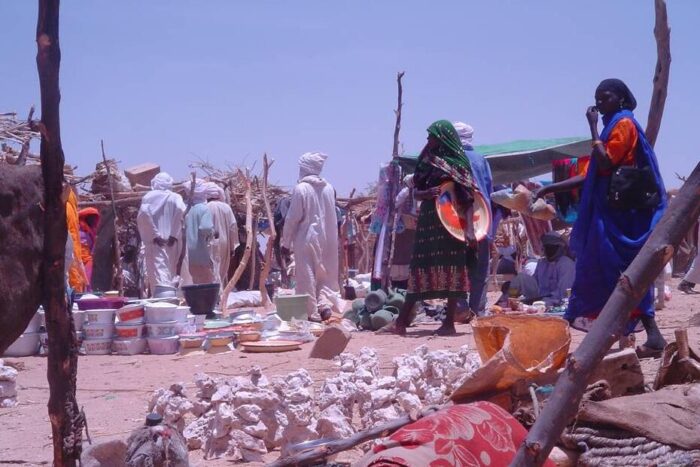