The country in a regional and international context

Mali: Chadian troops have been supporting the French and Malian units since February 2013 (MINUSMA) in securing northern Mali after the withdrawal of the Islamists.

Sudan: Relations with the eastern neighbor Sudan are very complex and have become considerably more complicated in recent years, especially due to the crisis and the influx of refugees from Darfur. Ever since the republic was founded, the area of western Sudan has been a place of retreat and armament for rebels and movements that opposed the ruling regime in Chad. Before he came to power in 1990, Déby also had support in Sudan and started his offensives from there. That is why Idriss Déby held back criticizing al-Bashir for a long time at the beginning of the Darfur crisis and even tried himself as a mediator, although his own clan members were and are also affected by the crisis (the Zaghawa, the president’s ethnic group, live in the Chad and Sudan). When the pressure on Déby became too great and he began to support the rebels who were operating against the Sudanese central regime, tensions between the two governments increased. This was followed by mutual accusations to support different rebel groups in each other’s country. As a result, diplomatic relations between the two countries were broken off in 2006 and also in the following years (diplomatic relations are currently re-established). This was preceded by a number of peace treaties and just as many breaches of treaties and agreements by both sides.

The last peace treaty in Doha at the beginning of May 2009 turned into a farce as a result of intensive fighting between Chadian government troops and rebel groups supported by Sudan. Since October 2009 there have been rapprochements between the two states and meanwhile a normalization has taken placeof relationships occurred. It remains to be seen how the fall of El-Bashir will affect relations between the two states in 2019.

The instability of the Darfur region and also of other neighbors such as the Central African Republic, Libya and Nigeria harbors the risk of destabilizing the entire region.

Libya: Relations with Libya have always been very important to Chad through centuries of ethnic, religious and trade ties.

Conflicts with the neighboring state in the north arose since 1976 due to territorial claims on the part of Libya’s Colonel Gaddhafi, in particular around theAouzou strip in northern Chad. These disputes were finally settled by a decision of the International Court of Justice in 1994.

The uprising in Libya since the beginning of 2011 and the subsequent collapse of the state has had a direct impact on the economy and the refugee situation in Chad. At the beginning of January 2017, the border with Libya was closed to protect against Islamist terrorists and militias.

Nigeria: Relations with Nigeria are predominantly characterized by the economic interests of the two states. During the turmoil of the civil war of the 1970’s and 1980’s, Nigeria excelled as a facilitator and sponsor of talks between rival factions. In the 80’s diplomatic relations were established and intensified and bilateral trade agreements concluded. To this day, the export of live cattle and dried fish and the import of processed goods (plastic) are of great importance to Chad. However, since the conflict with Boko Haram, export relations have decreased enormously. Added to this is the informal flow of goods between the two countries, which is still considerable.

France: As a former colonial power, France – also under the presidency of Hissène Habré – maintains close ties to Chad to this day. In turn, Chad sees France as its main ally on the international stage. The French military maintains one of its largest bases in Africa near N’Djaména and has been involved in the fate of the country with military operations throughout the history of the republic. In recent years, France has repeatedly contributed to maintaining the Déby government and made a decisive contribution to the victory of the government troops through logistical support during the rebel attacks in 2006 and 2008.

USA: Relations between the USA and Chad did not intensify until the 1980’s, when a regional destabilization became apparent as a result of Libyan expansion efforts. This was attempted by protégé of dictator Habré to counteract. Today US interests are predominantly strategic. The main focus is on securing oil production, the fight against terrorism (Pan-Sahel Initiative) and Trans-Sahara Counterterrorism Initiative (TSCTI) and the role of Chad in connection with the conflict in Darfur. Nonetheless, Chad landed on the US travel restriction list in 2017.

China: For some years now, there has been a growing Chinese influence in the region. Déby started relations with China in August 2006 and resumed after rigorously severing ties with Taiwan. At the beginning of 2007 the Chinese CNPC (China National Petroleum Corporation) took over the oil concessions of the Canadian EnCana in the east of the country. The competition between western production companies and China for access to oil is increasing. In 2010, after intensive discussions, an agreement on bilateral trade relations was concluded.

According to ehealthfacts, Chad is a member of international organizations such as the UN, the African Union and the IMF.

Germany: Germany was the first country after France to establish diplomatic relations in 1960to Chad. Germany enjoys a high reputation in Chad thanks to decades of development cooperation. Since 2007, Germany has been involved in the formation of a political agreement between the government and the opposition within the EU as part of an international observer group, which aims to strengthen democratic dialogue and re-regulate electoral legislation. In 2011/2012 bilateral development cooperation with Chad came to an end. 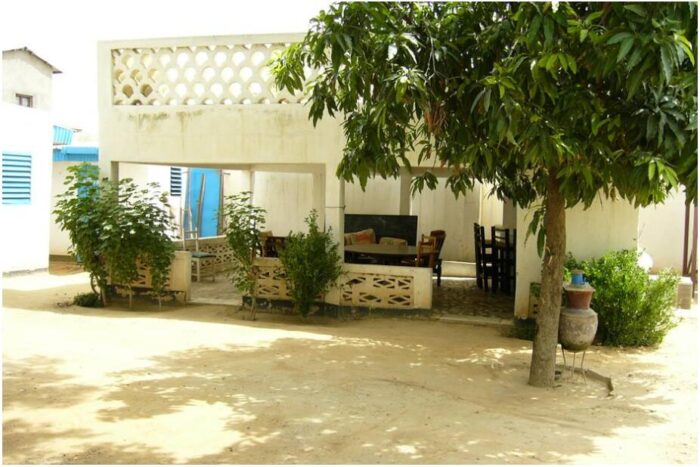