After the execution of the death penalty was suspended between 1991 and 2003, executions were carried out again in 2003. As a result, at least 10 death sentences have been carried out in the past 10 years. In 2014, Chad ratified an international agreement on the complete abolition of the death penalty. The sentences of those sentenced to death have been changed to life imprisonment.

A central problem is that criminals are very often not held responsible in court (impunité).

Members of the security forces are often involved in the crimes, as was the case with the evictions and demolitions of houses in N’Djaména, which had assumed immense proportions after the rebel attacks in February 2008. Women in particular are also exposed to a particular form of violence in the refugee areas, since sexual violence is used as a war strategy.

The issue of violence against women has been very much a public issue since 17-year-old Zouhoura was raped by sons of high-ranking military officials and ministers in mid-February 2016. The rape case was accompanied by demonstrations and riots and a nationwide strike.

On May 30, 2016, after decades of investigations, the former President of Chad, Hissène Habré, was sentenced to life imprisonment and the remaining victims are said to receive compensation payments, which have still not been paid in summer 2020. In April 2017 he failed due to an appeal process.

The investigations on the human rights violations under the rule of ex-President Hissène Habré, who is also called the ‘ Pinochet of Africa ‘, were carried out in Belgium, Chad and Senegal (see also chronology).

At the request of the AU, Senegal – where Habré had been in exile for the last few decades – was to take over the lead of the trial against Habré, with repeated delays that were sharply criticized by Belgium and many human rights groups. After months of preparation and the establishment of a special tribunal, the official investigations for the trial against Habré in Senegal began and the exdictator there on June 30, 2013 . Chad contributed $ 7.4 million to the $ 7.4 million cost. On July 20th The trial against Habré was finally opened in 2015, but was postponed until September to give the public defenders time to familiarize themselves with the situation. From 8.-12. The pleadings were heard in February 2016 and the verdict was announced on May 30, 2016.

After the rebel offensive at the beginning of February 2008, there was an increasing number of arbitrary arrests and threats by the government against members of the opposition, regime critics and human rights activists. The oppositionist Ibni Oumar Mahamat Saleh has disappeared to this day and, according to the opposition politician of the FAR (Fédération action pour la république), Yorongar, is probably dead.

According to constructmaterials, trade unions and their representatives repeatedly come under high pressure in their work and face intimidation and persecution. Strikes are frequent and peaked in the summer of 2016. Members of the public service and other employees went on strike for weeks in 2017, 2018 and early 2020 because of poor working conditions, reduced or suspended salaries.

Child soldiers and child labor are very common in Chad. In 2006 and 2007 in particular, the number of children recruited by the Chadian army and other armed groups increased enormously, especially in eastern Chad. Despite an international agreement with the government to demobilize child soldiers, it is estimated that up to 10,000 children are still under arms. A regional conference on this topic was held in N’Djaména in early June 2010, at which the undersigned (including Chad) declared the end of the recruitment of child soldiers. However, violations of this agreement are repeatedly found.

The conflict in Darfur, which has been going on since 2003, has caused around 300,000 people from western Sudan to flee across the border to Chad in search of safety. Despite diplomatic efforts and political pressure from the UN and AU and individual governments, the security situation in Darfur has not improved significantly so far. The UNHCR has many detailed statistics and overview maps on the current situation in the refugee region. 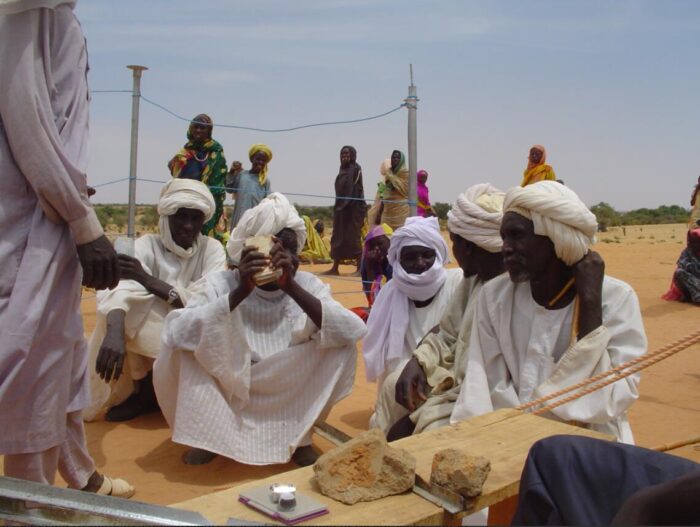