Social and religious framework conditions and influences have a decisive influence on the situation of women in Chad. When many men emigrated or could not find work during the civil war, women were forced to develop new strategies to ensure the family’s survival. A change in gender relations was the result. Since the possibilities of income-generating activities were very limited, they concentrated on the production of food, formed trade networks and traveled long distances. The conflict made it possible for women to penetrate public domains, formerly reserved for men only, and to defend their place, particularly in retail trade. However, this fact should not let us forget that women still have little room for maneuver and limited power of disposal over resources, their bodies and their actions, even if this fact naturally varies from ethnic group to ethnic group. This is also evident in the many cases of forced marriages which often affect very young women and underage girls, the growing number of filles-mères (unmarried mothers) not only found in the cities and the highest maternal mortality in all of Africa. Chad has the second highest rate of child marriage in the world. Almost 70% of women and girls are married before their 18th and almost 30% before their 15th birthday.

MUDESOFT (Mutuelle pour le Développement Economique et Social de la Femme Tchadienne) and Appel-Duranceare organizations that support young single mothers, who are often excluded from their social community, and try to open up future prospects for them through childcare and training opportunities. Furthermore, since 1990 various women’s organizations, including the AFPAT (Association des Femmes Peules Autochtones du Tchad), which support certain ethnic groups, and legal aid organizations such as the AFJT (Association des Femmes Juristes), legal aid in the case of divorces or with regard to child rights and inheritance law offer, educated.

According to franciscogardening, the Global Gender Gap Report of 2020 places Chad fifth from last (147 out of 153 countries) in terms of gender equality in the areas of education, politics, the economy and health, and the UN also points to blatant discriminatory practices in its December 2017 report.

Excerpts from the life stages of women as well as customs at weddings and births provide a small insight into everyday life.

International Women’s Day on March 8th and La Semaine Nationale de la Femme Tchadienne (SENAFET) have been celebrated in Chad with many activities since 1987.

The female circumcision is practiced in many parts of Chad, especially in the eastern and southern areas. There are various forms and characteristics of circumcision up to infibulation. Almost half of the girls and women between the ages of 15 and 49 in Chad are circumcised. Both Christian and traditional religions as well as Muslim ethnic groups carry out this intervention. This practice is most widespread among the Arab ethnic groups, the Hadjarai and the Ouaddai.

The fight against female circumcision in Chad documents a sensational film (1994) by the Chadian journalist Zara Jacoub. In “Dilemme Feminin au” excerpts shown a real circumcision, which in 1995 broadcast on Chadian television. As a result, Jacoub received several death threats and a fatwa was imposed on the journalist.

A national committee (CONA / CI-AF) has existed in Chad since 1988, which works to overcome female genital mutilation with the help of the development of other initiation rites and to raise awareness among the population.

The proportion of literate adults in Chad is estimated at around 22%. The population of Chad is very young. The age structure is 47% for those under 15 and 2.9% for those over 65. The average age is 16.3 years.

In addition to Koran schools in the north, whose students are called ” mouhadjirine “, there was the institution of initiation rites, which served the traditional transfer of knowledge between the generations, mainly in the south. In the 1920’s, the French and the first Christian missionaries established a rudimentary Western-type formal education system introduced. Until 1942 there were no secondary schools and only a few Chadians had the opportunity to obtain a higher education in the Congo. The Université de N’Djaména opened in 1971. Otherwise, only a few universities and technical institutes in Abéché, Doba, Sarh, Moundou and N’Djaména offer further education.

In general, the education system in Chad is still based on the tripartite system of France. The children officially start school at the age of six. The Elementary School is designed for six years and is concluded with a certificate. Secondary schools are Collège (4 years) and Lycée (7 years), whereby the Lycée concludes with the Baccalauréat (bac) and leads to university studies. For some years now, both French and Arabic can be chosen as the language of instruction and bilingual schools are being promoted more.

However, as the state only partially provides teaching materials, teacher training and payment, the Associations des Parents d’Élèves, which are founded in many rural areas, are forced to organize teachers for their children on their own initiative and at their own expense.

In 2016, UNESCO again published a report on the education profile in Chad from its International Bureau of Education, which highlighted the difficult educational situation in the country. Statistical data on education and vocational training is also available from UNESCO. 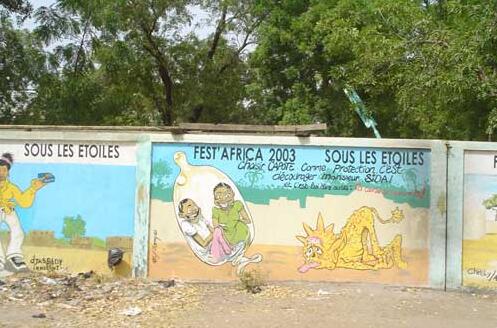