Around 80% of the workforce is still active in agriculture, with only 3-4% of the country’s area being used for arable farming. However, agriculture, which is largely geared towards subsistence, only covers national self-sufficiency in rainy years. Due to a lack of funds and a lack of know-how, simple, traditional cultivation methods dominate agriculture. In central and northern Chad, nomadic and semi-nomadic livestock farming is practiced by the Tubu, Fulbe and other ethnic groups. As part of subsistence farming, the women in particular plant small vegetable gardens near the farms. Surpluses are then offered in retail outlets in local markets.

Since the harvest quantities fluctuate greatly due to the great variability of the precipitation, the agricultural yield is extremely unstable. Harvest damage from extreme droughts, such as 2009/2010, but also floods regularly endanger the food supply for the population. From 2007 to 2009 there were considerable losses in some regions (2009 in and around Bongor) and in the following years too, extreme rainfall left devastation in 2020 and were among other things the cause of cholera epidemics which also appeared repeatedly in 2018/19. Despite a recovery in grain yields in 2016, around 2.2 million people will be affected by acute food insecurity in 2019, representing a 29% increase in malnutrition compared to the previous year. In addition, the economic restrictions caused by the corona pandemic have co-determined and intensified the price increase of the staple food millet by 37% compared to the previous year 2019. This means that Chad continues to be one of the crisis countries.

According to estatelearning, the development of the nutritional situation in Chad shows in the 2019 Global Hunger Index an only slightly improved situation since 2000 (GHI score 43.5 points compared to 2000: 51.9), which is still described as alarming. The supply situation will be exacerbated in 2020 by the corona pandemic with its mobility restrictions. Overall, Chad is still in penultimate place, just ahead of the Central African Republic and the food situation is rated as very serious. Particularly in the Lac region, where Boko Haram is particularly active, the precarious food situation is worsening due to flight and displacement. In addition, negative effects of the climate change can be observed on agriculture.

The most important agricultural product for export is cotton, which is often planted as a mixed crop with millet. Cotton was initially only grown in southern and especially southwestern Chad (center Moundou) as part of self-sufficiency, but with colonization from around 1920 it was expanded to include forced cultivation as a profitable cash crop. Since 1971 cotton has been controlled by the semi-public company Coton-Tchad, which regulated both the purchase and export. The Singapore company Olam has held a 60% stake in Coton Tchad since 2018. In addition, Chad is the world’s second largest producer of gum arabic after Sudan.

The most important agricultural crops in subsistence farming are millet and sorghum (in more humid areas), plus maize. Okra pods, beans or peas are grown almost everywhere together with the millet varieties.

Rice is planted on the Chari and in the southwest, wheat in the Lake Chad area. However, these grains are also only marketed commercially and nationally to a limited extent. Sugar cane and peanuts, cassava and potato from the more humid areas in the south and onions and garlic from the eastern parts of the country are added. The rarely occurring freshwater alga Dihe (Spirulina), which is harvested in the Lake Chad area, is to contribute to improving the diet in the area in a pilot project, as it is very protein-rich and nutritionally valuable.

Chad’s livestock industry is another great resource for supplying the country and is an important export good.

In the central and northern part of the country is livestock operated with cattle, pigs and goats. For this purpose, a third of the land area is used as pastureland. The Kuri cattle is a breed native to Lake Chad and optimally adapted to the ecological conditions of the region.

A small meat processing industry has been set up in Sarh, the products of which are exported to Gabon and the Congo. The government is also investing in the construction of new slaughterhouses. Nevertheless, the majority of the livestock is sold as live cattle, mainly to Nigeria, with a large number of animals arriving illegally in neighboring countries.

There are increasing armed conflicts between the arable farmers from the south and the ranchers from the north over the walking corridors in pasture and water areas and land rights. In 2009 and 2010, large parts (probably a third of the country’s livestock) perished) of the herds of cattle that are vital for their owners.

Around 240,000 people in Chad make a living from fishing. The fish is sold fresh or canned, i.e. dried or smoked. The majority of the fish comes from Lake Chad, the Chari or the Logone. The main problems are the lack of cooling options and the climate-related decline in water areas. In 2017, 107,000 t of fish were harvested in the fisheries sector, which shows a clear decrease compared to the last decade.

Industrial development in Chad has been focused on the exploration and production of oil since 2003. Otherwise there are only a few larger key industries, such as the aforementioned Cotontchad, the national sugar company CST, formerly SONASUT (Société Nationale Sucrière du Tchad), the Chadian textile company STT (Société Tchadienne de Textile), the Logone breweriesBDT (Brasseries du Tchad) and the Chadian cigarette factory MTC (Manufacture des Cigarettes du Tchad). These five industries account for around 20% of the GDI. Smaller businesses such as rice mills, brickworks and sawmills are of lesser importance, while local handicrafts such as potters, blacksmiths or weavers are of great importance for the rural population.

On October 10, 2003, Chad officially joined the club of oil-producing countries, but also under international criticism. A 1070 km long pipeline extends from the oil fields of the Doba Basin in southern Chad to the Kribi loading port in Cameroon. From there the crude oil is then shipped on. At a cost of around US $ 3.7 billion, the project represented the largest investment in sub-Saharan Africa and has significantly changed the economic structure of Chad.

Production in the oil sector, which is very capital-intensive, is mainly dependent on well-trained, mostly foreign, skilled personnel, while the local population misses out. 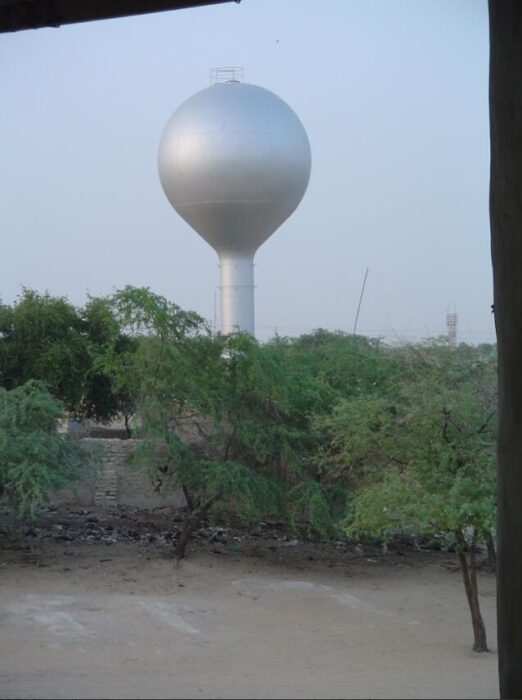 Arts and crafts Art and traditional handicrafts play an important role both in everyday life and in people’s religious life. Evidence of artistic forms of expression can be proven above all in the Tibesti and Ennedi Mountains up to Neolithic times through impressive and well-preserved rock paintings. The blacksmiths, who belong to the Haddad’s own […]

You do not know exactly when the first people settled in the area that is today Rwanda, but it was during the first 5000 years after the last ice age 10,000 years ago. The first inhabitants probably belonged to the Twa people. The area was later populated by bantu, first farmers and then cattle owners, […]