Desertification and climate change and the associated conflicts between sedentary farmers and nomadic ranchers also represent a fundamental social problem in Chad with serious ecological effects. These have become even more dramatic in recent years due to political and associated ethnic tensions (increasing population pressure from refugee flows) tightened.

Environmental education, awareness-raising and various projects are intended to counteract droughts and desertification, which is promoted, among other things, with radio reports, by committed NGOs and a model project by more than 100 environmental schools in Chad.

The Lake Chad whose area in recent decades due to climate change has shrunk dramatically and increased use of water, is a very important factor in the local economy and the local ecosystem. In 1960 its area was still 26,000 km² with a maximum depth of only five meters. At the moment, conservative estimates assume a size of only 1,500 km², which varies depending on the season. The lake has no outflows and is 90% fed by the largest Chadian rivers Logone and Chari (1,200 km). Images from space show the dramatic development of the fragile Lake Chad ecosystem.

Oil production in the Doba region in the south of the country brings with it further ecological problems such as groundwater pollution, dust pollution or inadequate waste management, since adequate environmental protection plans and reports have not been drawn up or implemented to date. 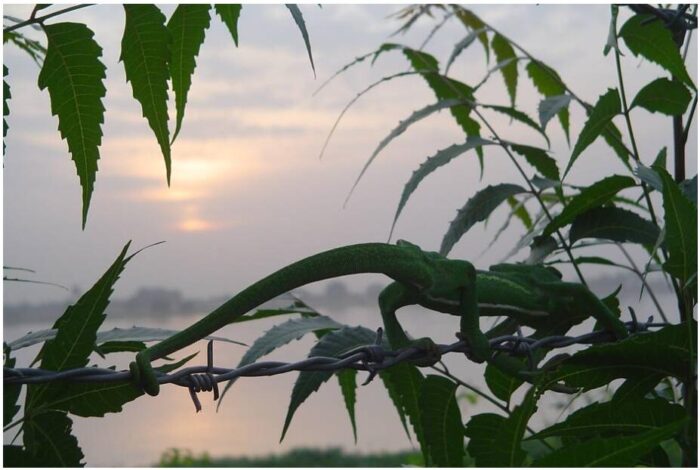 N’Djaména (“place of rest”) is the capital of Chad and at the same time the largest city in the country with an estimated 1.5 million residents. The city has been subject to extensive changes and modernization efforts in recent years.

Other larger cities – and also the only ones of industrial importance – such as Moundou, Sarh and Doba are located in the agriculturally useful and therefore more densely populated south of the country. Abéché with over 100,000 residents is the largest city in the northeastern part of the country.

According to areacodesexplorer, approx. 80% of the people live in rural areas and for the most part live from subsistence farming, with an uneven spatial distribution due to climatic factors.

Chad, which is around 3.5 times the size of Germany, has a road network of 33,400 km, of which only around 2,500 km are tarred. This can lead to major logistical problems and considerable delays in economic supply, especially in the rainy season. In addition, the country does not have a railway network (although there are negotiations with China) and the largest rivers Chari and Logone are only navigable in the rainy season.

The only international airport is in N’Djaména; there are also 53 unpaved and five tarred runways across the country (in Abéché, Bol, Moundou, Mao and Faya-Largeau).

The national flag of Chad was officially introduced on November 6, 1959. It consists of a blue, yellow and red ribbon and is modeled on the French tricolor. The colors symbolize the southern fertile part of the country (blue), the desert part (yellow) and the color red stands for unity and progress in the country. According to another interpretation, blue means the freedom of the Chadian people, yellow the land (desert) and red the blood of those who defended the nation.

Until 1970, Chad had a state seal that is used in a similar form by the administration to this day as a stamp. Chad then gave itself a new national coat of arms, which shows a shield with a rising sun and a medal between a golden mouflon and a lion. Beneath it is a golden tape with the motto: “Unity, work and progress”.

The national anthem of Chad ‘La Tchadienne’ was written by Louis Gidrol and composed by Paul Villard.

Rwanda is a plateau and mountain country and is mostly between 1200–4500 meters above sea level. From north to south is high, volcanic mountains at Karisimbi in Virungafjellene reaches up to 4507 m. Karisimbi is one of two still active volcanoes. These mountains form the watershed between the rivers Nile and Congo. West of the […]