With the introduction of the multi-party system, dozens of parties have formed. Their electoral base is mostly based on ethnicity, which is defined by the regional origin of the respective candidate. The most important and dominant political force is the President-led Mouvement Patriotique du Salut (MPS), which currently has 125 of 188 members in parliament.

The main legal opposition parties such as the UNDR of Kebzabo or the FAR of Yorongarwho ran against Déby with another four candidates in the 2001 presidential election complained – as in the previous 1996 elections – of massive electoral obstructions and irregularities and challenged the official election results. In the 2002 parliamentary elections, some opposition parties were boycotted. Internationally, however, the elections were viewed as “reasonably fair”, which was viewed more critically from a Chadian perspective.

In 2009 the Socialist Party Parti Démocratique et Socialiste pour l’Alternance (PDSA) was founded with chairman Malloum Yoboïdé Djéraki, which had some successes in the 2011 parliamentary elections.

The CPDC (Coalition des partis pour la defense de la Constitution) is a non-partisan alliance of opposition parties that came together in 2005 to boycott the referendum and the subsequent 2006 presidential elections due to the planned constitutional amendment. In September 2019, a new commission was set up in the CPDC to reorganize the legislative elections.

In April 2008 Déby took four opposition members of the CPDC into his cabinet. Including Youssouf Saleh Abbas who held the post of Prime Minister from 2008-2010 but announced his resignation in March 2010 due to differences with Déby. Abbas comes from the east of the country and was active in the rebel movement MDJT in the 90’s. The new prime minister until the end of 2012 was Emmanuel Nadingar, previously responsible for decentralization issues and a close confidante of the president. He was followed in January 2013 by Joseph Djimrangar Dadnadji from Mandoul Province in the south of the country, whose government had to struggle with new appointments due to irregularities in the first few weeks after taking office. Already in November 2013, this was replaced by Kalzeubet Pahimi Deubet who previously held various ministerial posts.

On February 14, 2016, shortly before the April 10, 2016 elections, Déby installed Albert Pahimi Padacké as new Prime Minister. Albert Pahimi Padacké was a candidate for the Rassemblement National des Démocrates Tchadiens (RNDT) in the 2006 and 2011 elections and comes from the south, from Mayo-Kebbi Ouest. The RNDT then became the coalition party of the Déby government and contributed to its success in the last presidential election.

Since 2016 there is a new coalition of opposition parties that Fonac (Front de l’opposition nouvelle pour l’alternance et le changement), which in April 2018 against the reforms and announced constitutional amendments the government had said. The changes, which in fact result in the unrestricted power of the president, led to the resignation of the government in early May 2018.

One of the many corruption incidents in October 2009 was the arrest and interrogation of the ‘second man in the state’, General Secretary of the ruling MPS Haroun Kabadiand further ministers in court. It was about a public procurement contract in which several billion francs CFA bribes are said to have flowed. However, due to a lack of evidence, all of the high-ranking suspects were released and Haroun Kabadi became chairman of the National Assembly.

Since 2005 the Déby government has been exposed to increasing opposition, including from within the ranks of power. Public strikes because of low pay, wage cuts and enormous price increases in the wake of the financial and economic crisis or long absence of wages and pensions increased again in 2018. These expanded into a general strike, which resulted in dozens of demonstrators being arrested and the interior minister banning ten opposition parties. Unionstried to reach an agreement in March 2018 and signed an ‘Accord Transitoire’ with the President. The refugee situation in Darfur and East Chad, which has now been going on for over 10 years, as well as the conflict over the use of oil revenues, intensify many disputes.

According to commit4fitness, the government of Chad had terminated the contract to finance a future fund from the revenues of oil production in order to use the funds to deal with the current trouble spots, which is why the World Bank had frozen the money in an escrow account in London. In September 2008, the World Bank withdrew completely from the project.

The extra-parliamentary and armed opposition with its changing alliances, like the MDJT under Youssouf Tougouimi in 2000, repeatedly caused political unrest by challenging the central government.

The opposition, increasingly formed from the Zaghawar clan, consisting of deserted military and rebel groups in eastern Chad, had already led to the first overarching alliance in 2005, the “Socle pour le changement, unité nationale et démocratie” (SCUD) Speculation about an end to the Déby era gave food.

On August 13, 2007, part of the parliamentary opposition formed the alliance of the CPDC (Coalition des partis pour la défense de la Constitution) on an agreement brokered by the EU with the government that would regulate the electoral legislation and provide guidelines for internal democratization should work out. The course for the 2011 parliamentary elections was also set there.

Focused on the crises in the east and south with Sudan, the north-west of the country was severely neglected. Despite the tensions between pastoralists and farmers and attempts by terrorist groups such as Boko Haram and Al Qaeda (Operation Barkhane) to expand their areas of influence here, the government has only recently taken steps to defuse this potential ‘hot spot’ in the country.

The political participation by civil society in Chad has developed in organizations to democracy and governance in recent years, despite numerous reprisals on. 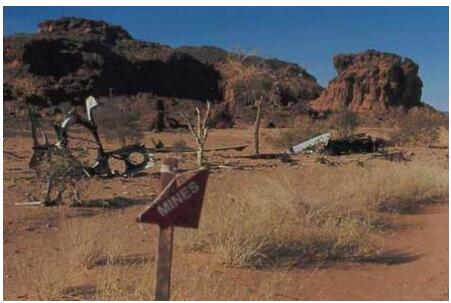