Art and traditional handicrafts play an important role both in everyday life and in people’s religious life.

Evidence of artistic forms of expression can be proven above all in the Tibesti and Ennedi Mountains up to Neolithic times through impressive and well-preserved rock paintings.

The blacksmiths, who belong to the Haddad’s own caste and occupy a special position in society, are important for handicrafts. Weavers, potters, manufacturers of basketry and wickerwork, and leather craftsmen are also important players in traditional craftsmanship.

In Gaoui, a small town on the banks of the Chari not far from N`Djaména, you can admire the pottery art of the Kotoko, who see themselves as descendants of the Sao high culture. Gaoui also has a small museum with examples of Kotoko and Sao ceramics from different eras.

The Musée National du Tchad in N’Djaména offers an insight into the history of the country through archaeological and ethnographic exhibits (fossils, ceramics, jewelry, etc.).

The forerunner of the Ballet National Tchadien was founded in the 1970’s and has since received several awards at international level. The dancers guide the viewer through the variety of dances and dance styles throughout the country. In addition, contemporary elements in dance are becoming more and more important.

Allegations of the government’s instrumentalization of ballet led to the split-off and founding of the privately organized ensemble “Le Ballet Loma”, which no longer exists as it is. “Kadja Kossi” and ” Les jeunes tréteaux ” were the first successful groups that represent contemporary dance and theater, but can only survive with the support of foreign organizations, as there is no market and hardly any support for these initiatives in Chad itself. Dance festivals such as Me Ya Be have enjoyed great popularity for several years.

According to homosociety, the traditional music of Chad occupies an important place in the cultural and ritual life of the people.

In the south, the musical elements are strongly influenced by black African influences, in the north there are significantly more Arab influences, which is also manifested in the very different dance styles.

The Sara in the south use a wide range of instruments such as drums, lyres, flutes or the balafon, the ancestor of our xylophone. Various wind instruments are very common in the west of the republic, such as the kera flute of the Toupouri or the very long horn trumpets of the Kanembou.

In the north there are professional musicians’ castes who perform traditional chants and tell stories. The balafon and kora are the most famous instruments here.

In 2007 the Chadian singer Mounira Mitchala received the great young talent ‘Prix Découvertes RFI’ from Radio France International in Conakry. She is considered a hopeful talent with the ability to combine traditional and modern elements in her music. Currently very popular is Yasmine Abdallah, who often devotes herself to women’s issues and takes action against circumcision practices. Other stars from the Chadian music scene are Cidson-Alguewi, Clément Masdongar, Ingamadji Mujos Némo, Kaar Kass Sonn and Achille Balbal, Chari Jazz, Groupe Tibesti and Pyramides du Tchad.

In addition to his well-known films “Bye Bye Africa” and ” Abouna ” (“Our Father”), the internationally acclaimed Chadian filmmaker Mahamat Saleh Haroun, who studied in Paris and addressed the issue of amnesty and tolerance in his film ” Daratt ” (” Dry Season “) Homeland. For his film ” Un Homme qui crie” he received the Grand Jury Prize in Cannes in 2010 and was there again in 2013 with his film Grigris. In mid-May 2016 Haroun presented his documentary about Hissein Habré in Cannes and in 2017 ” Une Saison en France “.

Other, but not so well-known directors are Serge Issa Coleo (” Un taxi pour Aouzou “) and Edouard Sailly (“L’enfant du Tchad”, 1969).

After 30 years, a cinema finally reopened its doors in N’Djaména in early 2011 and the country’s filmmaking scene is now hoping for an upswing in the genre.

In addition to the written word, to which only an educated minority has access, the oral tradition is still of great importance in Chad, through which knowledge and values are still passed on from generation to generation through stories, songs and poems.

The best-known Chadian authors are Antoine Bangui, born in 1933, who describes his experiences as “Prisonnier de Tombalbaye” in his first work, Baba Moustapha (1952-1982), with his best-known pieces “Le Souffle de l’Harmattan”, “Makarie aux Épines “or” Le Commandant Chaka “, in which he criticizes the military dictatorship in an imaginary African country. Also to be mentioned are Palou Bebuoné, Joseph Brahim Seid (1927-1980), with his descriptions of tradition and country in “Un enfant sous les étoiles” and “Un enfant du Tchad”, Noêl Nétonon NDjekery, born 1956, who with his novellas “Goundangou” and “La descente aux enfers” became known,Les Jambes d ‘Alice “,” Le Bal des princes “) or Maoundoé Naindouba with the novellas” La double détresse “and” La lèpre “. In his play” L’étudiant de Soweto “he deals with the subject of apartheid.

In N’Djaména and other larger cities you can research literature and scientific questions in various libraries, now also in the newly opened National Library.

The L’Institut Francais offers cultural events from films to traditional and modern music to dance and current information in the field of culture. La Maison de la Culture de Baba Moustapha and Le Center Culturel Al-Mouna are further centers of cultural encounter and in 2018 an American cultural institute opened. 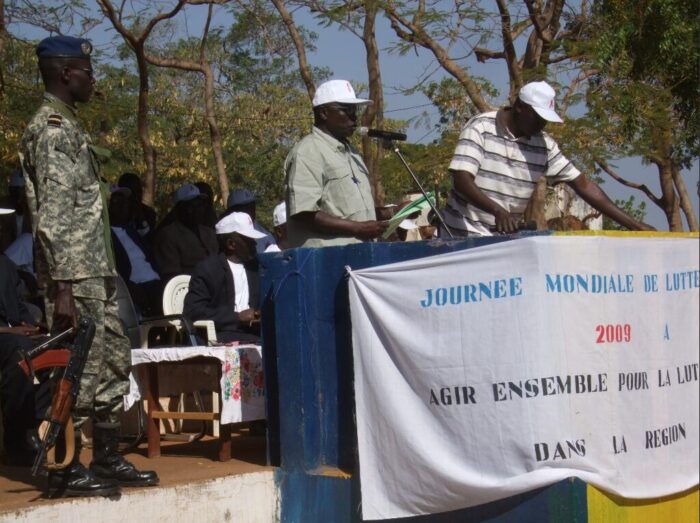 Agriculture Around 80% of the workforce is still active in agriculture, with only 3-4% of the country’s area being used for arable farming. However, agriculture, which is largely geared towards subsistence, only covers national self-sufficiency in rainy years. Due to a lack of funds and a lack of know-how, simple, traditional cultivation methods dominate agriculture. […]

According to POLITICSEZINE, Democratic Republic of the Congo is a country in Central Africa, called Zaire between 1971 and 1997. Located in the area of the great lakes of Africa, it is the third largest country on the continent. It borders the Central African Republic and Sudan to the north, Uganda, Rwanda, Burundi and Tanzania to the east, Zambia and Angola to the south, and the Republic of the Congo to the west. After a particularly […]