In 2007 and 2008 the military conflicts intensified and escalated into a major rebel offensive on February 2 and 3, 2008, in which the capital N’Djaména was briefly captured. With the support of French troops, the Déby regime was once again able to hold onto power. The regime used the chaotic situation during and after the fighting to arbitrarily arrest opposition politicians and human rights activists. After the fighting in N’Djaména, tens of thousands fled to nearby Kousseri in Cameroon, where they were placed in makeshift shelters.

According to computerannals, the country grew despite various peace agreements between Déby and Sudan’s President al-Bashir. The last agreement to normalize relations between the two countries and to secure borders was concluded on January 15, 2010. However, most of these agreements from that period did not last long.

At the end of March 2008, the then most important rebel groups (UFDD, RaFD and FUC), which were involved in the storming of N’Djaména, formed a large alliance and in June 2008 attempted a renewed advance towards the capital, which, however, was averted by government troops could. In 2009 and 2010 there were repeated fighting and armed attacks by the rebels in the direction of N’Djaména.

These conflicts between government troops and rebels did not end, especially in the east and north of the country, so that some aid organizations had to temporarily or even completely leave the operational area because the safety of the employees could no longer be guaranteed.

From January 2009, another alliance (UFR) consisted of nine different rebel groups under Timan Erdimi, which in April 2009 increasingly fought with the Chadian army in the east of the country. On July 25, 2009, a promising peace agreement was signed in Tripoli with the Mouvement National, a coalition of three rebel groups.

The ANCD (l’Alliance nationale pour le changement démocratique) is a newer rebel alliance that was formed in May 2010 and also sought to overthrow the Déby regime. The alliance was made up of four groups: the CDR (Conseil démocratique révolutionnaire), the FSR (Front pour lesalut de la République), the MDRT (Mouvement démocratique de rénovation tchadienne) and the UFDD (Union des forces pour la démocratie et le dévelop) under Mahamat Nouri.

Most of the rebel groups operated from the territory of Sudan. However, since they cannot find a sustainable coalition through internal power struggles, their clout is limited.

After the peace efforts of the two countries and the unmolested visit of al-Bashir to Chad in July 2010 (although arrest warrants for genocide against him are available), important rebel leaders had to leave the territory of Sudan.

Since then the situation has stabilized somewhat, although in March 2013 the rebel leader of the UFR, Timan Erdimi, reported back from his exile in Doha with the information that the promised national dialogue had not taken place to this day and that he was therefore fighting against Idriss Déby wanted to resume. The time is right, as a large part of the Chadian army is fighting the Islamists in Mali.

On May 1, 2013, an allegedly well-prepared coup attempt against the Déby government was thwarted in N’Djaména, in which at least 3 people were killed and two high-ranking generals were arrested.

Since August 2018, there have been considerable tensions and disputes between the Chadian army and the rebel movement CCMSR (Conseil de commandement militaire pour le salut de la République) and illegal gold seekers in the impassable, northern Tibetan region, near the gold mining region in the Miski department. The tensions are said to have their origin in the new administrative division of the BET region. Since the end of August 2018, the Chadian army has been taking massive action there against Chadian rebels in the Libyan border area and gold diggers.

In the eastern part of Chad, in the region around Abéché, tensions between groups of Arab origin and non-Arab groups have increased enormously since 2019. The conflicts mainly concern land disputes and disputes between the traditional chefferies and the local administrative authorities.

In response to the deployment of Chadian troops against Boko Haram in Nigeria, there have been an increasing number of suicide bombings on the territory of Chad since spring 2015. A total already got dozens of people dead and over a hundred were injured. In March 2020, 100 Chadian soldiers were killed and 50 injured in the largest attack to date by a splinter group from Boko Haram, the JAS, on Lake Chad. In addition, the number of internally displaced persons in the Lake Chad region has increased enormously in recent months.

There are also large movements of refugees from Nigeria to Chad. 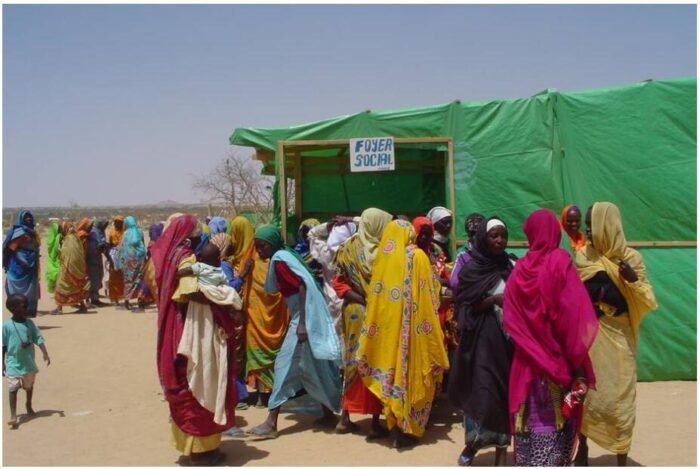 Arts and crafts Art and traditional handicrafts play an important role both in everyday life and in people’s religious life. Evidence of artistic forms of expression can be proven above all in the Tibesti and Ennedi Mountains up to Neolithic times through impressive and well-preserved rock paintings. The blacksmiths, who belong to the Haddad’s own […]

The vast majority of the roughly 12,000,000 residents that make up Angola’s population come from peoples of Bantu origin. Another component arises from the mixture that occurred very early; first among the various groups that arrived in the territory, and later with Europeans (mostly Portuguese) during the period of colonization. There are also some non-Bantu minorities, such […]