Airport: Bangui M’Poko International Airport is located 7 km southeast of the city. There are rental cars, and buses and taxis go to Bangui.

Ship: A SOCATRAF ship (Tel: 236-614315) and timber company transport ships sail on the Ubangi from Bangui to Brazzaville (Republic of the Congo) between late May and early December. The journey can take between 7 and 14 days.

Ferries operate between Bangui and Zongo (Democratic Republic of the Congo) and Mobaye, but these border crossings are usually not open to tourists

Cars: The import of a vehicle must be documented in a so-called laissez register. An international Carnet de Passage is recommended (available from ADAC or AvD Automobilclub). With this document, no import duty has to be paid, but the export of the vehicle is binding.

to Cameroon: east of Garoua-Boulai. From Bangui there are connections with minibuses and trucks, from the border minibuses go to N’Gaoundal (Cameroon) from where it is possible to get to Yaounde.

to Chad: The border region is politically unstable and uncertain. A warning is given about stays in this area. When the situation eases again, the main border crossing in Sido is between Kabo (Central African Republic) and Sarh (Chad). The only way to get to the border and to N’Djamena (Chad) is by truck or in your own vehicle.

Passport: is generally required for travel to the Central African Republic, the passport must be valid for at least 6 months.

Visa: is required for all travelers, exceptions are citizens of some Central and West African countries.

Business Visa: in addition a company letter about the purpose and duration of the trip and a confirmation of the assumption of costs.

When applying by post, a stamped and addressed return envelope and proof of payment of the visa fees due should be included.

Processing time: about a week.

Currency exchange: You can change money in banks in Bangui and Berbérati.

Traveler’s checks: Travelers ‘checks should be made out in euros, but the rate on travelers’ checks is much worse than on cash, and the exchange fees are high.

ATMs: do not exist in the Central African Republic.

Foreign exchange regulations: No restrictions. However, there is a declaration requirement for imports and exports.

As a useful vaccine protection for travel in the Central African Republic is recommended: protection against tetanus, diphtheria, polio, hepatitis A and hepatitis B, typhoid and meningitis. With special exposure (such as a stay in the country, hunting or jogging), vaccination against rabies can also be very useful. A valid yellow fever vaccination is mandatory for entry, sometimes proof of a valid cholera vaccination must be brought in upon entry. A malaria prophylaxis is highly recommended.

Medical care in the Central African Republic is insufficient. There are two private clinics in the capital that can provide emergency care. French medicines are generally available in the capital’s pharmacies. Inland, but also in the provincial capitals, the supply of medicines is very limited. Evacuation to Europe is urgently recommended for serious illnesses. It is therefore absolutely necessary to take out foreign health insurance, including return insurance, as well as your own travel pharmacy. Sufficiently trained, English or French speaking doctors are often missing.

HIV / AIDS is a major problem in the country and represents a real danger for everyone who runs the risk of infection: Sexual contact, dirty syringes or cannulas and blood transfusions can pose a great risk.

Diarrhea, hepatitis A and worm diseases are common infections. Many infectious diseases and sometimes dangerous diarrhea can be avoided by hygienic eating and drinking (only boiled, nothing warm) and continuous mosquito repellent (repellents, mosquito net, covering clothing, behavior). This also includes malaria.

There is a high risk of malaria throughout the year in the Central African Republic. The most important measure to prevent malaria is to protect against mosquito bites through appropriate clothing, use of mosquito repellent skin agents, possibly mosquito nets or the like. There are various prescription drugs such as Malarone®, Doxycyclin, or Lariam® available for drug prophylaxis. Discuss the necessity, selection, individual dosage, possible side effects and possible incompatibilities with other medications before starting the trip with a tropical or travel doctor.

Most of the Central African Republic is in the area of ​​alternatingly humid tropics, only the south of the country is in the ever-humid tropics.

In the northern and central part there is a wet and a dry season. In the north, where the wet savannah changes into dry savannah, the rainy season is only about 4 months long, in the south it is 8 to 10 months, the heaviest rains occur from May to October.

In the dry season, temperatures in the north of the country sometimes reach 40 ° C, while at night they drop to below 10 ° C. In the capital, Bangui, the temperature differences between the dry and rainy seasons are much smaller.

Best time to go to the Central African Republic

The roads and slopes are only accessible in the dry season. In the south (Bangui) the dry season is between December and early March, in the north from November to April, during which time it gets very hot.

Travel around the country

Given the great security risks and ongoing fighting in large parts of the Central African Republic, the Federal Foreign Office does not recommend traveling to most regions of the country. The only exceptions are the capital Bangui and the Dzanga-Sangha National Park.

Travel is associated with significant risks throughout the Central African Republic, particularly in the north and east. Overland trips should be avoided due to possible road raids.

Trips to Bangui and the Dzanga-Sangha National Park are possible, but driving at night is also not recommended here. Before driving overland you should inform yourself about the current situation on site. Night walks in Bangui are not recommended.

Ship: The Ubangi River is the main transportation route in the country as the roads and slopes are difficult to navigate in the rainy season. Ferries run from Bangui to several cities on Ubangi but also to places on the Congo and Sangha rivers.

Cars: Some of the main roads between the larger towns in the country are paved but poorly maintained. Large potholes are common. Numerous roads and slopes are difficult or impossible to cross in the rainy season, long delays must be expected. A four-wheel drive vehicle is absolutely necessary for traveling overland. There should always be several petrol cans with you, as petrol stations outside the city are only supplied irregularly at best, the supply of fuel is not guaranteed nationwide.

Cheap minibuses, trucks and pickups connect all major locations, but comfort should not be expected.

Car rentals with and without a driver can be rented in Bangui from Hertz and local companies. Documents: International driver’s license. Right-hand traffic prevails. The traffic rules should be adhered to, although often difficult to understand, because violations can result in high fines and / or bribes.

City traffic: There are numerous minibuses and taxis in Bangui. The taxis usually take several passengers to their destinations one after the other, but it is also possible to drive alone (private taxi). The fare should be negotiated before starting the trip. The prices are higher at night. 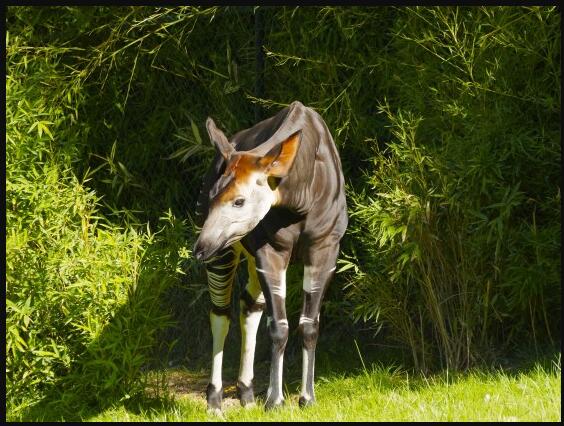 The capital, Bangui, was founded by the French on the Ubangi River in the rainforest in 1880. The cityscape is characterized by wide avenues and the central market (only open in the morning). The African district of Kilometer Cinq is the heart of the city. There is another large market here, the gare routiere (minibus station) and numerous bars. The Boganda Museum with exhibits of the BaAka (Pygmy) culture is worth a visit, while handicrafts can be purchased at the Center Artisanal. If you have some time left, visit Bangui Cathedral and the Haussa district on.

BaAka pygmies live in the rainforest about 100 km southwest of Bangui (Lobaye region). On the way there you drive through large coffee and tobacco plantations.

The only reason for many travelers to come to the Central African Republic is the Dzanga-Sangha National Park, founded in 1986. It is located in the extreme southwest of the country on the border with Cameroon.

In Bayanga there are accommodations, tour groups usually stay in the Doli Lodge. From here, you need an SUV to get to the places where you can watch lowland gorillas and forest elephants with pygmy guides. There are also forest buffalo and the rare antelope species bongo.

In search of the lowland gorillas you follow elephant paths and narrow paths, which can be very exhausting, because the gorillas sometimes look for trees with fruit over long distances. It can take several hours to spot lowland gorillas. In 2004, 90% of all visitors saw gorillas. The minimum age for gorilla trekking is 16 years, visitors with a cold, diarrhea are not allowed to participate (risk of transmission to the gorillas).

There are several national parks in the north of the country, but the security situation does not allow them to be visited. In addition, a large part of the animal world there was destroyed by poachers.