Cameroon is one of the few countries in the former French Africa that produced literature in native languages ​​(beti, bulu, douala). Two significant French-speaking authors appeared before independence: Mongo Beti, whose work contains staggering settlements with the mission and the Western contempt for African traditions, and Ferdinand Oyono, who shows the black man’s “hopeless” inferiority and the white man’s “obvious” power accomplishment. 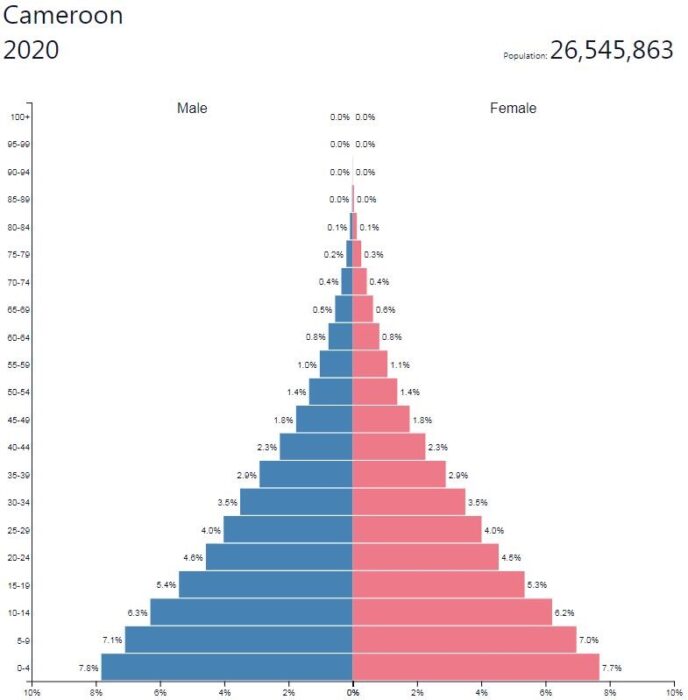 The independent Cameroonian French-language literature is characterized by versatile production and great vitality. Yodi Karone is one of the most prominent writers of this generation. Calixthe Beyala has a distinctly feminist perspective in novels such as “Les Honneurs perdus” (1996; “Our lost honor”). Among writers who debuted during the 1990’s, Léonora Miano is noted.

In the history of art, Cameroon’s central parts and eastern Nigeria are often treated as a whole (Cameroon grasslands). The art in this area is considered more uniform in style and form than in other African regions. Wood is mainly used as material, which is processed into round sculpture or relief. The wood can be painted in a few colors. Metal-cast figures also appear like ceramics.

The pottery tradition is ancient in the Cross-River area and can be dated to the 16th century. Masks appear, often with grotesque features, as well as bowls for ritual use as well as carved chairs and drums. Formwork and surface finishing are often given priority over detail work. In ancient times, objects were usually adorned with pearls and kauris.

The traditional architecture has a monumental character with clear verticality. Door posts carved in wood form the most decorative details of the buildings. Furthermore, the doorway is usually flanked by sculptures depicting ancestors.

The Cameroon’s traditional music is characterized by a rhythmically rich vocal multiplicity with distinctive polyphonic features, performed as an alternate song. Parallel harmonics built on theses, blocks or quarters are prominent. The tonality and song style as well as the way of playing certain string and wind instruments show the influence of Islamic music. Semi-professional musicians play an important role when performing traditional epic or socially critical songs, often accompanied by a 3-4 string harp (mvet).

Despite Western influences, traditional features are evident in Cameroon’s popular music. The genre most popular at the time of independence was assiko, a variant of the calypse-like “palm wine music” that originated in Sierra Leone. Since the 1960’s, Cameroonian popular music has been dominated by macossa, originally folk music played on guitar and accordion developed into modern dance music. In 1972, “Soul Makossa” with Manu Dibango (1933-2020) became an international hit. During his career, which began in the 1950’s, saxophonist Dibango played, among other things. with American salsa band Fania All-Stars and Nigerian Afro beat star Fela Anikulapo Kuti.

The most important popular genre of popular music is bikutsi, which originates in the warring rhythms of the population. Central to this dance music is the xylophone instrument balafon, more recently replaced by guitar which is made to sound in a similar way. One of the style’s prominent artists was Anne-Marie Nzié (1931–2016), who started her career as early as the 1940’s. In the 1960’s and 1970’s, a more modern version of bikutsi was created by Messi Me Nkonda Martin (1946–2005) with the band Los Camaroes. Mama Ohandja (born 1942) and Les Têtes Brulées can also be mentioned. Many beehive artists, among them K-Tino (born 1966), awaken with sexually charged language and expression.

Many Cameroonian musicians are mainly active abroad. Among them are Sally Nyolo (born 1963), who in 1996 made a success with the album “Tribu”, and Wes Madiko (born 1964), whose hit “Alane” (1998) was sold in over 1 million copies. Richard Bona (born 1967) is successful both in his own name and as a musician, mainly on electric bass. Other internationally active musicians are bassist Armand Sabal Lecco and drummer Brice Wassy (born 1958).

Other styles of music that became popular during the 1990’s are the local varieties bend-skin and bantowbol as well as hip hop.