Angola’s modern literature got its breakthrough in the 1950’s with José Luandino Vieira. Prosaists such as Vieira and Uanhenga Xito and lyricists such as Agostinho Neto (president 1975–79), Geraldo Bessa Victor and Mário António have depicted Angola’s class differences.

Among the most important writers of Angola in recent decades are Pepetela (pseudonym of Artur Pestana dos Santos) and Manuel Rui, who among others. has written the lyrics to the Angolan national anthem. During the 2000’s, the versatile Ondjaki has achieved a major breakthrough, even internationally. 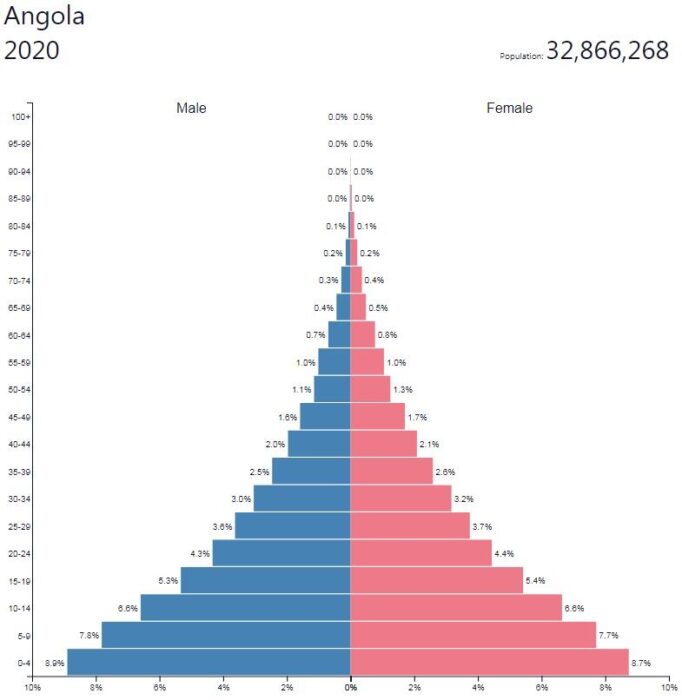 Northern and Northeast Angola is one of Africa’s richest art areas. The Congo people in the north exhibit art traditions which still carry features of the excesses of the Kingdom of the Congo, which flourished when the Portuguese first reached West Africa. Their sculptural art is naturalistic and includes various types of fetishes (nkisi and nkondi, so-called nail fetishes), mother-and-child sculptures and ancestral figures, often in the form of stone guardians (ntadi).

Chokwe and Lunda in the Northeast, with a common history of conquest and empire-building, exhibit an art with great similarities. A consistently monumental and powerful style characterizes chokwe’s ancestral statues, figurines of natural spirits (hamba), carved throne chairs and masks in wood or painted bark cloth (cikunza, cikungu, cihongo, pwo). The masks are worn by dancers in mesh or fiber suits. Several of the masks occur within the framework of mukanda, an institution for teaching and initiation that chokwe shares with other Angolan peoples such as songo, luvale, ndembu, ngangela and mbwela.

Angola is one of the few states in Africa whose music life has been documented historically, from the 16th century onwards. The source writings mainly tell of the Northern kingdoms of Congo and Mbundu, with a court and military music which included instruments such as bow lute (nsambi, chihumba), xylophone, double bell, horn, wear drum and various membrane drums (ngoma). These types of instruments go back into the music traditions in other parts of the country, with the addition of a musical arc in the west and tumpiano (likembe) in the east, where the music is closely linked to dance with masks, especially within the framework of mukanda, the department of teaching and initiation.

Angolan popular music, both early and modern, shows a relationship with Portuguese and Brazilian music; a clear example is semba, which was taken to Brazil by slaves and where developed into samba. Musicians such as David Zé (1944–77) and Orquestra os Jovens do Prena from the 1960’s were also inspired by salsa, jazz, Congolese rumba and western pop / rock.

One of the country’s most important artists is Bonga (born 1942), who because of his music and his opposition to the Portuguese colonial power was forced into exile, where he recorded the groundbreaking album “Angola 72” (1972). The liberation war and the subsequent civil war also forced many other musicians abroad. During this violent and chaotic era, several musicians and other artists were also killed by the MPLA regime, among them Zé mentioned above. One of the most successful exilangolans is Waldemar Bastos (born 1954), who received his international breakthrough with “Pretaluz” (1997). Other successful artists are Filipe Mukenga (born 1949) and Paulo Flores (born 1972).

Since the 1990’s, hip hop has gained a foothold in the music industry; Among the pioneers is the group SSP. Victor Gama (born 1960), who publishes music played on independently constructed instruments, works on documenting traditional Angolan music.