Literature in Algeria was part of the Arabic right up to the French conquest of the country in 1830. But only during World War II did the Algerians begin to produce their own French literature. The so-called Algiers school, with Albert Camus at the head, grew strongly during the 1940’s, and in the 1950’s Algeria with a domestic background also started writing in French. These include Jean Amrouche, Mouloud Feraoun, Mouroud Mammeri, Mohammed Dib and Yacine Kateb. The first works tell about the people of Algeria, its history and traditions and are sometimes referred to as “ethnographic literature”. 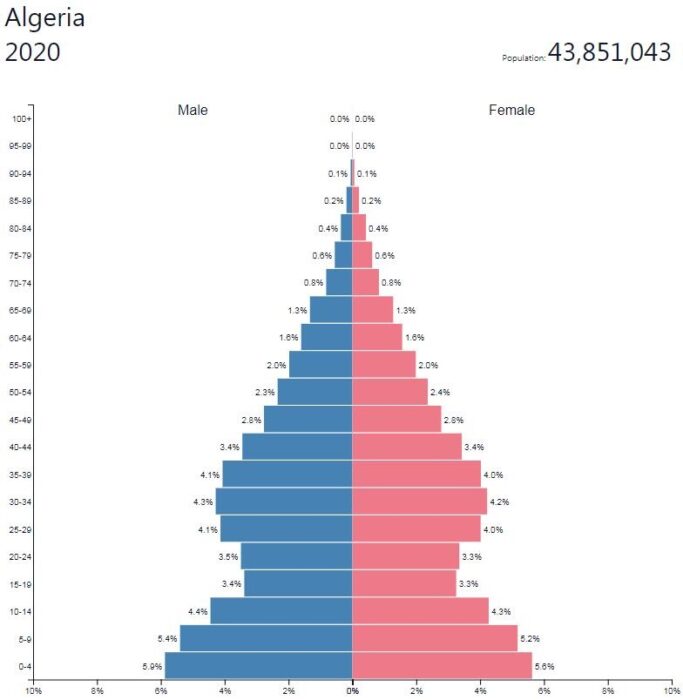 The Algerian War of Liberation in 1954 became a turning point for French-speaking Algerian literature. Literature’s most important role was now to witness and call for a fight against the oppression of colonial power. Literature became part of the struggle for freedom, but the artistic expression was simultaneously accentuated by realistic and symbolically rich texts. The Algerian people’s identity problem became a dominant feature of novels such as “Nedjma” (1956) by Yacine Kateb. After independence in 1962, a new generation of writers made the French-speaking Algerian literature known worldwide. Popular writers, for example, Rachid Boudjedra, Nabile Farès, Assia Djebar and Rachid Mimouni. The problems brought by exile and emigration dominate the French-speaking literature in Algeria today.

Amin Zaoui, who writes in both French and Arabic, is happy to address controversial topics such as homosexuality and the position of women in Algeria. Contested is also the novel “Tuez-les tous” (2006; “Kill them all”) by Salim Bachi, in which the protagonist is a pilot who directs a hijacked aircraft into the World Trade Center in New York. The loaded political and religious situation as well as the censorship in Algeria have led several writers to sign a pseudonym, eg. Maïssa Bey, Yasmina Khadra and the above-mentioned Djebar.

Already during the liberation struggle, FLN began a film production that illustrated the resistance. Even when Algeria became independent, the war of freedom continued for a long time to be the dominant theme. A production of great symbolic significance was “The Battle of Algiers” (1965). Although it was written and directed by the Italian Gillo Pontecorvo, it was financially supported by the Algerian state, recorded in place with many of those who participated in the Algerian War of Independence and consisted of reconstructed, real-life events.

Shortly after independence, the country developed a vibrant film culture. Among other things, a cinema was set up in Algiers, which eventually got branches in other parts of the country. Both production and distribution were nationalized in 1967, which resulted in a drastic restriction on the import of popular films from Europe, the United States, India and Egypt, without the corresponding increase in national film production.

By the mid-1980’s, Algeria had produced about 40 feature films, often with television but also former colonial power France as co-producer. In connection with the violent domestic political unrest since the 1990’s, film production has decreased.

Important in this context are also the Algerian filmmakers operating in France who portray immigrants, a people between two cultures. Famous names include Mehdi Charef (born 1952) with “Te in Arkimedes harem” (1985) and “Cartouches gauloises” (2007) and Bourlem Guerdjou (born 1965) with “Vivre au paradis” (1998).

The arts and crafts in Algeria are dominated by rugs, fabrics, embroidery, ceramics, metal and jewelery, influenced partly by Ottoman influence and partly by local traditions such as the Berber’s glazed ceramics with painted geometric décor in Kabylia in the north. In the cities, there has traditionally been a forge with artistic design and manufacture of jewelery in gold and silver, especially heavy silver jewelery with engraved decor and enamel inlay and a developed embroidery skill with artistic motifs.

Among the oldest preserved Islamic architecture is the ruined city of Ashir in northern Algeria, founded by the 947 dynasty of the Zirids. century, there are the ruins of a sprawling, fortified urban building with palaces, baths and a square tower, al-Manar, from the 1010’s.

In the cities of northern Algeria, there is generally an older city center, the medina, where you can also find the oldest mosques in North African, Maghribian tradition, for example. The Great Mosque (1136) and the Al-Mansur Mosque from the Marinid period (early 13th century) in Tlemcen. From the Ottoman era, the Fish Museum in Algiers (1660) is marked with characteristic North African four-sided minaret.

The younger urban buildings, monumental buildings and residential neighborhoods of Algeria’s major cities, are strongly influenced by French influence. Of architectural interest are also the cities of the Mzab area with mosques of African tradition, e.g. the large mosque in Ghardaia, as well as the palace and defense facilities of the desert area, e.g. Timimoun.

Arabic art music in Algeria has its roots in medieval Spanish Cordoba and is therefore considered to be the Andalusian tradition. A basic form of composition within this is nuba, a suite composed of nine alternating instrumental and vocal, improvised and composed parts, joined together by a basic mode. The ensembles consist of lutes (ud), fiddles (rabab) and hand percussion. In popular music, it dominates the Berber (compare Berber music). Here, Kabylian and Arabic traditions are intertwined in a highly ornamented soloist style in melodies with a relatively small tone range, accompanied by plays on whistle (gasb) and hand percussion (abendair).

In the port city of Oran, during the 1940’s, space music arose in the meeting between indigenous music styles and jazz and flamenco. During the 1970’s, Rai became immensely popular, both inside and outside Algeria, thanks to artists such as Khaled, Cheb Mami (born 1966) and Chaba Fadela (born 1962). To the popularity contributed strongly challenging songs about sex, spirits and unhappy love embedded in stylized disco comp and dense synth mats. The Algerian authorities have tried in various ways, both before and after independence, to control the performers of space music.

During the growing Islamic fundamentalism of the 1990’s, many artists were persecuted and threatened; In 1994 and 1995, two of the main raiartists were murdered. Many of Algeria’s most popular singers and musicians have therefore chosen to go into exile, especially to France. Here also seems a generation of musicians who were either born in the country or immigrated as a child. The latter include Rachid Taha (1958–2018), who in his music mixed North African influences with punk and rock.

In recent years, rai has been largely supplanted by hip hop as a youth music; Popular groups include MBS and Intik.

Popular music among the country’s Kabylian (Berber) population was inspired in the 1950’s by Egyptian music that spread across the Arab world. In the 1960’s, influences were instead drawn from Europe and the United States. Idir (born 1949) was the first Kabylist artist to reach international success in the 1970’s. Other important artists are Aït Menguellet (born 1950), Djamel Allam, Abdelli (born 1958) and Takfarinas (born 1958). Kabylistic artists have also lived dangerously in Algeria; the successful singer Matoub Lounès (1956-98) was murdered when he returned to his home country after several years in exile. Two popular female artists are Iness Mêzel and Souad Massi (born 1972)), both operating abroad.