The economy of Africa is marked by the exploitation of natural resources such as oil, gas and minerals such as gold and diamonds.

The continent, however, is the poorest in the world, the result of colonial and neo-colonialist exploitation.

Agriculture, tourism, manufacturing and services are still poorly practiced in most African nations. The same is true for the still limited transport and communication sectors.

In most of the 54 African countries, the economy is directly impacted by extreme poverty, food crisis, administrative misunderstandings, high inflation, debt and wars.

The African economy experienced unprecedented growth in the first two decades of the 21st century.

As demand for oil, natural gas and food has increased, the continent has benefited from rising prices.

Also, the 2005 debt relief for humanitarian reasons in 14 African countries had a positive effect on the region.

Countries like Tanzania have seen growth rates of 6% per year since 2006, thanks to the rising price of gold in the international market.

In Bostwana, growth is 5% per year due to diamond reserves. The country devotes most of its resources to funding free primary education.

Africa has 10% of the world’s oil reserves and 8% of its gas reserves.

In North African countries such as Egypt, Morocco and Tunisia, tourism plays an important role in the economy. This activity is also a major source of income for Cape Verde and most coastal countries in both the Atlantic Ocean and the Indian Ocean.

The natural parks of Kenya and South Africa attract tourists interested in seeing the great wildlife. Hunting, while controversial, is responsible for the revenues of these countries as well.

It should be noted that women occupy one third of these posts. Since 1996, tourism in Africa has grown at a rate of 9% per year.

Africa’s agriculture is the economic activity that occupies most of the population. Kenya has stood out as a reference country in organic agriculture.

Ethiopia is the world’s fifth largest exporter of coffee and has seen growth rates of 6% per year since 2006, thanks to demand from countries such as India.

Even sub-Saharan countries are investing in partnerships that enable them to address the region’s water shortages so that they can plant with as little liquid as possible. They produce corn, cassava, bananas and beans.

On the other hand, Brazilian companies are occupying the lands of Angola, Mozambique and Sudan promoting agriculture.

Through diplomatic agreements and Embrapa (Brazilian Agricultural Research Corporation), Brazil helps Angolans to grow and be self-sufficient in food production.

The China was the country that invested in Africa in the early decades of the twenty-first century. The Chinese have partnered and today work with oil, construction and telecommunications companies. There are over 10,000 companies from China doing business in Africa. 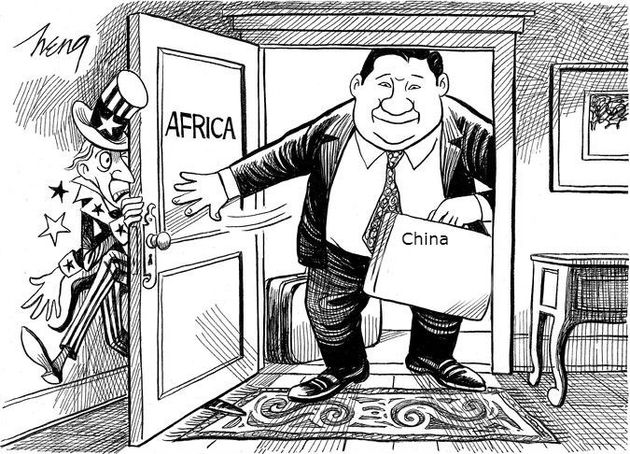 However, the Chinese bring part of the workforce to these enterprises and it is estimated that there are 100,000 Chinese working there.

Despite accounting for only 3% of China’s trade volume, Africa is a strategic continent for the Asian giant. The goals are not just economic but diplomatic, as China seeks allies to:

Despite optimistic data, much remains to be done on the continent that still suffers from unstable or undemocratic political regimes.

2016 was a difficult year for the African economies as commodity prices fell. Nigeria lost its position as the continent’s first economy and went into recession.

The South Africa narrowly escaped devaluation of its currency and the validity of the CFA franc, used by 12 countries of the continent, was questioned.

The continent still suffers from a lack of security and infrastructure that could undermine its growth.

It is important to remember that the thirty lowest HDI countries in the world are in Africa.

Another negative factor for the economy of African nations is the high number of epidemics. Today, HIV is a reality in sub-Saharan Africa, raising spending and killing the economically active population.

In West Africa, however, the Ebola epidemic was responsible for the 70% drop in tourism revenues in Liberia and Senegal.