The African dances are part of the extensive culture of the African continent and represent one of many ways of cultural communication.

This kind of manifestation is of utmost importance to its people, and is an essential part of life.

It is a way of being always connected with your ancestors and carries a powerful spiritual, emotional and artistic charge, as well as entertainment and fun. 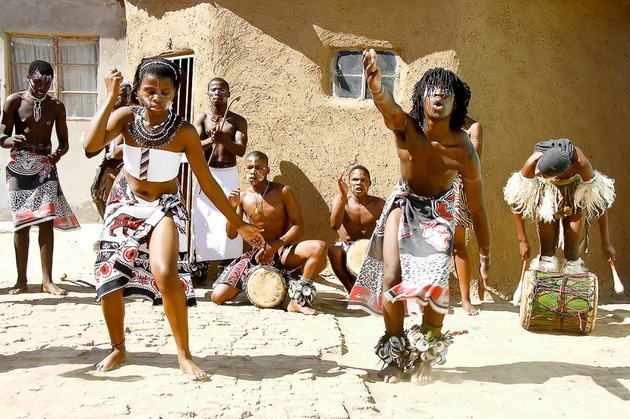 Traditional African dances are performed on important occasions. Noteworthy are the ceremonies in rituals of passage, birth, marriage, death, harvest, war, joy, sadness, illness and thanks.

Although the African continent has a large extension with many different countries and cultures, we can highlight as common points in the dance of most African peoples:

From the African dance style evolved rhythms today well known by the Brazilian, such as capoeira and samba itself. 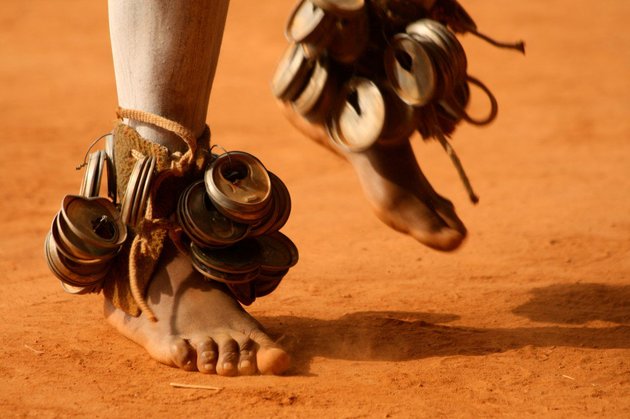 In the view of most African peoples, dance is an important source of religious connection. In it, the body is the instrument of connection with the spirit world.

There is a belief that, depending on the ritual, the dance should be performed barefoot to promote the connection of the spirit to the earth.

Rhythm is considered an element of passage into the spirit world where the participant is taken after a trance.

Among the many rhythms of African origin are: ahouach, guedra, schikatt, gnawa, kizomba and semba.

Ahouach is danced collectively to the Berber rhythm and represents the unity of the community.

The choreography is performed with the shaking of the bodies of dancers who carry heavy jewels carved in stone and amber.

The accompaniment is made by instruments such as flutes and drums made of goatskin. It is usually performed in central and southern Africa.

The guedra is made by the “Blue People” of the Sahara Desert. This cultural manifestation encompasses the populations of Mauritania, Morocco and Egypt.

This is a ritualistic dance in which people move in gratitude to the elements of nature: earth, air, water and fire. It is characterized by the touch of drums packing dancers dressed in blue and white.

Also of Moroccan origin, the schikatt is similar to the flamenco dance. At this rate, the dancers reveal movements with oriental and arabic influence.

Gnawa is a ritualistic dance that marks the passage from one world to another.

Dressed in white, the dancers simulate the presence of the god Hadra, who is brought to earth. Under the sound of drums and clapping, acrobatic movements are performed. 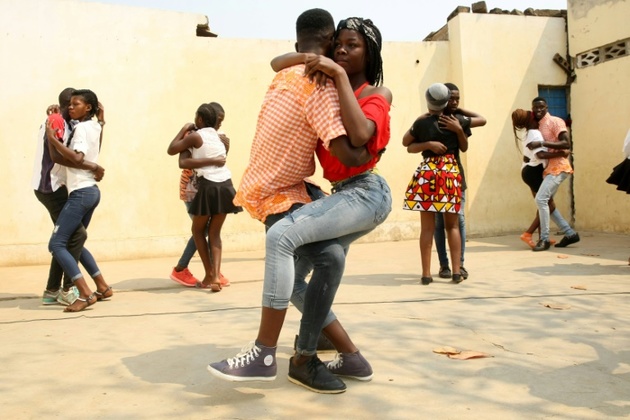 The Kizomba is a dance style originating in the 80s in Angola. It is often confused with zouk , another music and dance genre.

It is among the rhythms that most demonstrate the intercultural dynamics of African dances. It has gained supporters in Brazil and, especially in Portugal, with several dance academies specializing in teaching rhythm to Europeans.

This dance celebrates happiness and fellowship and has spread throughout the African continent. Displaying smooth and rhythmic movements, it is sung in Creole and Portuguese.

Also of Angolan origin, semba is danced in pairs and is intended for fun.

It is danced at parties and get-togethers, where the dancers are placed in pairs and perform steps marked by sensuality and juggling.